Detective Kitty Salva ran a manicured fingernail across her bottom lip as she contemplated the pile of char steaming on the bed in front of her. Some enterprising junior investigator had drawn a white chalk line around the pile, and every few seconds a few fragments of charcoal would trickle down in a black avalanche, blurring the white chalk to grey.

The sole witness to the… incident? Crime? Kitty wasn’t sure yet. But the sole witness, the baker’s wife, was currently exercising her right to be a crumpled, sobbing heap. Kitty couldn’t blame the woman. Hard enough to see a man burned alive. Harder when that man was Mayor of Yew Nork City. Harder still when the mayor was your lover, and your husband didn’t know about your affair. Kitty’s sympathy ended right there. As soon as Box News got wind of this, Mrs. B. Aguette would become famous for all the wrong reasons.

“He just burst into flames,” Mrs. B. Aguette sobbed. She accepted a handkerchief from the chalk-drawing investigator and blew her nose loudly. When she offered it back, the young man gestured for her to keep it. “We were just… and then he… into flames! Just like that!”

Spontaneous human combustion? It seemed unlikely. Spontaneous combustion was a myth. An old wives’ tale. A rural legend. There would be a scientific explanation behind this. Men as powerful as Yew Nork’s mayor did not simply burst into flames without a cause, and Kitty was starting to get an inkling about the method, if not the motive.

A cool breeze brushed her cheek, drawing her gaze to the curtains billowing softly in front of the open window.

“Was the window open before you and the mayor began your—”

“Official meeting,” Mrs. B. Aguette slid in quickly. She aimed a damp, doe-eyed look at the investigator currently holding a bed sheet around her ample modesty. “Be sure to put that in your report. I was here on official civic business.”

“But the window was open?”

Mrs. B. Aguette nodded. “Henry—I mean, Mayor Luceford, he liked to feel the breeze across his skin as he… um…”

Kitty inspected the wooden window sill, running her finger along several rough, narrow groves that had been scored there. Smiling grimly, she leaned out the window and groped blindly on the ledge beneath the sill until her fingers came across something warm, hard, and very much expected.

She brought the ‘something’ into the room and held it out for all to see. The small brown ovoids were steaming gently, fine threads of molten amber still visible across their pitted surfaces. One of the juniors wrinkled his nose.

Kitty nodded. “Dragon shit.” She handed the droppings over, and the man pulled his face at their warm touch. “It’s evidence; bag it.”

Dragons. Hells dammit! If somebody was smuggling weapons-grade dragons  into the city, it meant Trouble. But who would be capable of getting dragons past the city’s border control? Just about anybody with enough silver to line a guard’s pockets, she thought with a wry snort.

“I don’t understand,” said Mrs. B. Aguette. Her moist brown eyes followed the dragon droppings as they were bagged and labelled. “What does that mean?”

“It means the mayor didn’t spontaneously combust,” Kitty said. “He was murdered.” 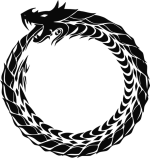 This short flash fic is based on another Absolute Write prompt: It seemed unlikely.

Everything can be explained by science, including spontaneous combustion!