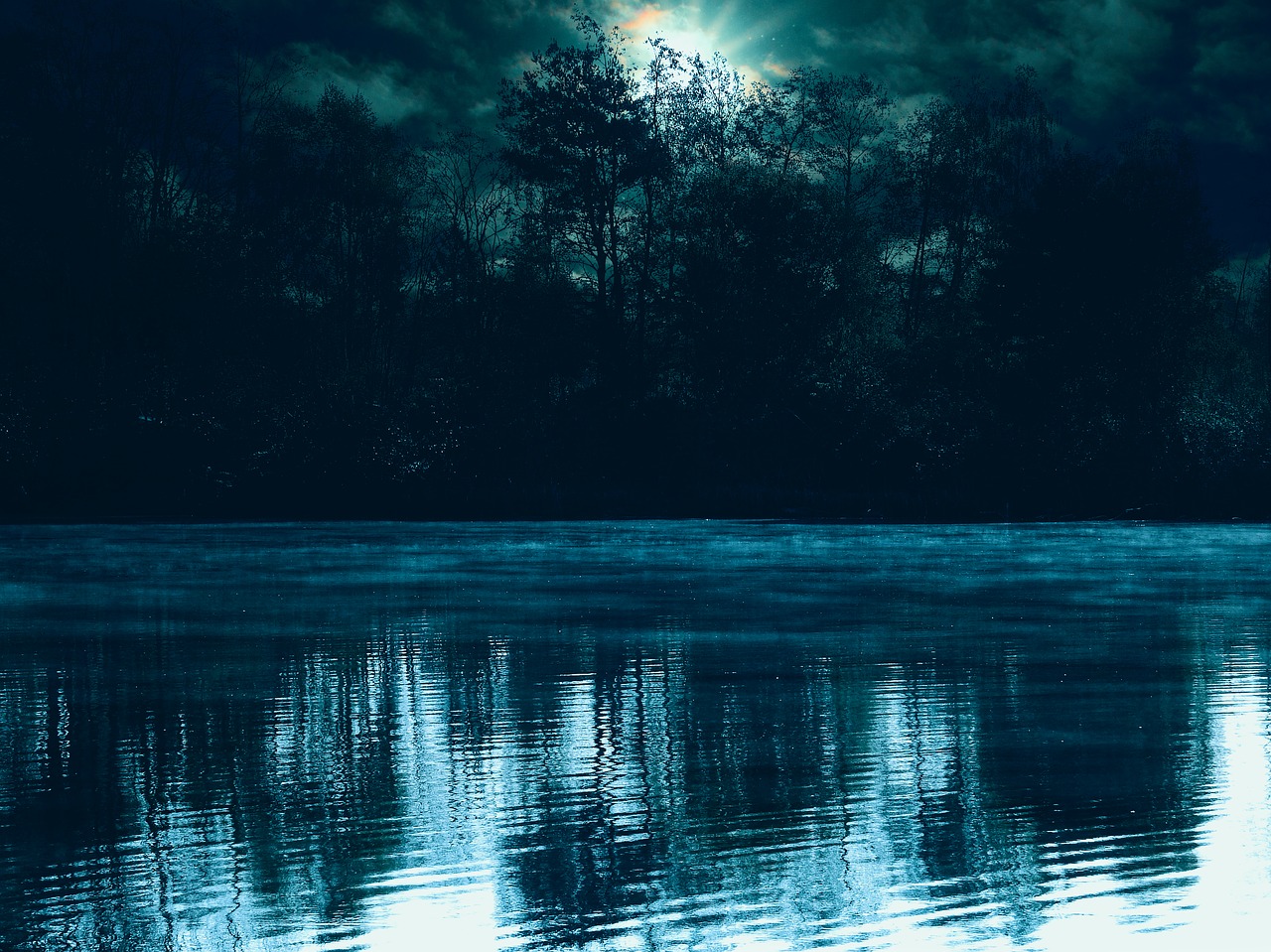 His hunger was a wildfire burning within his belly, its flames licking greedily at his thoughts. The fire wasn’t doused by the sight of Coira MacDermott bathed pale in the moonlight, her rough woollen cloak pulled tight around her slender body, against the autumn chill—rather, the flames were fanned to an inferno of desire. As he stepped out of the forest onto the dirt track trod by years’ passing of boots and shoes, he licked his lips, already savouring the sweetness of her flesh on his tongue.

She turned at the approach of his steps crunching golden-brown leaves underfoot, her grey eyes wide with caution. That caution faded when she spotted him, a smile dancing its way across her face, filling her eyes with sparkle enough to match the reflected gleam of the waxing moon in their depths. She seemed to glow in the moonlight, a beacon of silver on the edge of the shadowed forest. Her raven-haired beauty took his breath away… until his stomach rumbled again, a reminder that his weeks of careful planning would tonight come to fruition.

“I was worried ye wouldn’a come.” Her voice was a whisper snatched by the cool breeze.

He smiled a reassurance. Stepped forward. Reached out as if to stroke her soft tresses—then pulled back at the last moment, a man still unsure of how to proceed. That was how she knew him; awed and hesitant. The thrill of the hunt came from making a lass want to be hunted. Making her believe it was all her own idea.

“Have I e’er let you doon?” He hadn’t. He’d never let her down, just as he’d never let any of them down. Young women were flighty things. They had to be handled with care. First, a meeting at the edge of the field, a chance encounter. Then, a short stroll to the edge of the village. A journey uphill to step closer to the stars was always a good one. Each encounter would take them further from their homes; closer to the water.

He scratched a dry patch of skin on his arm beneath his shirt. It wasn’t easy, leaving the water for so long, but well worth the discomfort. He’d travelled overland from Shieldaig, a perilous journey to find a new hunting ground. The days he’d spent wetting himself in the pitiful streams that carved their way through the Highlands were now behind him, and he could finally concentrate on the activity he loved the most: feeding.

“Shall we walk?” he asked, hearing the call of the nearby loch, its soft song of gentle waves splashing against the stony shore beckoning him home.

Coira hesitated, her gaze darting over the nearby trees and the shadows they hid behind their slender trunks. “What if mah father wakes and finds me gone?”

“We won’t be long.” Truths slid more easily than lies from his lips. “We won’t go far.”

She hugged her cloak around her body, and he took that as an invitation, stepping forward to encircle her with his arms. Young lasses always did better with reassurance than force. “There there. I’ll tek care o’ you.”

Coira reached up to wrap her arms around his neck, and a violent pain lanced through him. He screamed with the agony of something biting and sizzling around his neck, and stumbled back, away from the woman who now held a rope coiled in her hands. Defiance filled her eyes, her pale face granite-hard.

He lifted his hands and screamed again as his fingertips sizzled against the thing around his neck. Blood drained from his face when he realised what she’d fastened around him. A collar of iron, a simple but deadly-effective trap.

The fire of hunger gave way to the cold floodwaters of panic. The iron collar sizzled and bit as he fought against the metal noose, but Coira held fast to the rope that kept him from running to the safety of the loch. Worse, voices called out from the forest, men shouting for her to hold on, to stay strong just another moment. Even in his panic, he realised he’d been tricked.

Instinct forced him to shift to his stronger, more primitive form. His limbs stretched out, fingers fusing together, hands becoming heavier as they morphed into hooves. His spine widened and curved, ribs expanding, lungs deepening and flooding with too-dry air. If he could shift all the way, he could overpower the woman, trample her corpse on his race to the water… but the collar was too tight. His neck wouldn’t thicken and grow as it needed. Trapped between the form of a man and a horse, he squealed in fright, trying to yank the rope from Coira’s hands. She held firm, yelling for the others to hurry even as she was dragged along the leaf-strewn ground.

He shifted back, hooves to hands, spine shrinking, ribs receding. In agony, exhausted, terrified, he fell to the ground and lay gasping for salvation as clouds slid across the face of the moon and darkness closed in around him.

Story written for Rachael Ritchey’s BlogBattle. The theme word this week is Splash, with a genre of Suspense/Thriller (Horror). The each-uisge is a Scottish water spirit a little like a kelpie, except these guys make the kelpie look friendly.