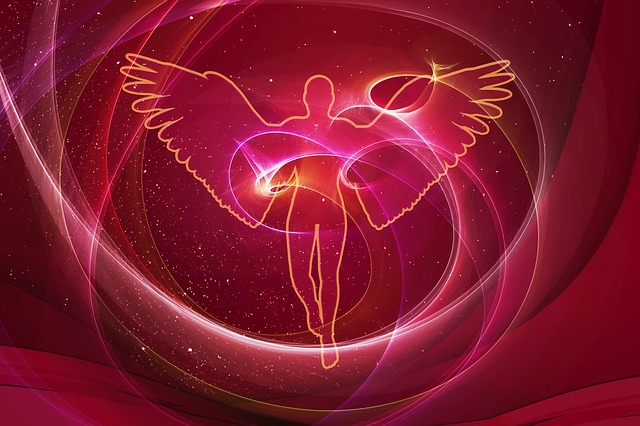 Some guy who writes books posts weekly prompts, from which we’re supposed to write short stories. This week’s prompt is the following lyric:

“Why is it so hard to accept the party is over?”

Before I get to my entry for this flash fiction challenge… exciting news!

Some of you may remember my previous post, lamenting my lack of spare time due to seeking a new role with the Planetary Expeditionary Forces (as well as reporting on my canine’s apparent dislike of Tom Hiddleston).

Well, I’m happy to report that the PEF have offered me an exciting new role, so now I will not only be observing people, but also developing them through the use of non-invasive surgery! Haha just kidding about the surgery part. Once I’ve settled into my new role (and spaceship) I’ll hopefully be able to resume my regular reading and writing and blog-following schedule.

Without further ado, let’s get on to some much overdue story-telling:

David Gander watched from above as his relatives gathered around his death-bed for the third time in a week. Though the silvery thread tethering his soul to his body was fading, and his grasp on the living world weakening by the hour, he was still present enough to see and hear all.

“I just hope he’s not suffering,” his daughter, Emma, sobbed quietly. Twenty minutes ago, on her way into the hospice, she’d remarked to her husband, ‘Let’s pray he really leaves, this time.’

“I’m sure he takes great comfort from having us here,” said Bobby, David’s youngest son. Last time he’d visited, Bobby had whispered to his second wife—some Polish waif looking for a sugar-daddy to take care of her—that they’d soon be spending their inheritance on a vacation to the Azores.

Twelve year old Chris reached out to rest his young hand on the arm of David’s hospital gown. “I’ll miss Grandpa when he’s gone.” The little brat had complained in the corridor that Grandpa dying was keeping him from the opening sale of the latest version of GTA, whatever that was.

As he floated formlessly above the scene of his own death, his body surrounded by vultures ready to pick at the bones of his life, a great sadness filled him. How quickly Emma had forgotten that her father had provided the down-payment for her first home. How easy it was for Bobby to ignore the fact that his father’s hard work had put him through college. As for Chris and the other grandchildren… a dozen Christmas smiles over gifts of books and warm knitted sweaters came hurtling through the years as lies.

The machine monitoring his lifesigns faltered. His heartbeat began an irregular blip on the screen. As one, the family leant forward, their eyes shining with anticipation.

Something cold swept through the room, and though David was only a formless soul, he shivered. The silver tether flickered, then strengthened… and holding onto it was another being, one wreathed in roiling grey mist that obscured everything but its eyes—eyes as silver as mercury, and as cold as steel.

“David Gander,” the thing said without words, “I have been calling for you.”

David swallowed—or he would have, if he’d still possessed a body. “I know.” The calls had been intermittent, at first; the tolling of a bell, its peal growing louder as the moment of death drew near. He’d ignored it. Thought he still had too much to live for.

The second time he heard it, it was a wind-chime, soft but insistent, an ever-present tinkling in the background. After hearing some of his family’s comments, he’d ignored that, too.

Now, the call was more ominous. It wasn’t a regal bell or a soothing windchime; it was a thunderstorm brewing on the horizon. It was rumbling and sparking and threatening.

“Why have you ignored my calls?” the thing asked.

“What are you?” David countered. He knew he ought to be afraid, but he simply didn’t possess the biology for it anymore.

“I have been called many things by many people.” The thing drew closer, and the grey mist shifted like sand. Where it moved, David got the impression of different faces. Different… creatures. Different concepts. “Angel of Death. Reaper. Ferryman. My eternal task is to take souls to where they are supposed to be.”

The thing had no shoulders, but David sensed a shrug from it. “For some. For others, it is… the other place. And yet others go back into the world, or return to some single force. It really depends on what you believe, and where you think you deserve to be. Now, tell me; why do you stay?”

David looked down again at his family. At the hope in their eyes. The unspoken eagerness in their voices. “At first, I thought I still had something to live for. I didn’t want to leave them. Who would look after them? Protect them?

“And then, after the first time, I heard their true thoughts. I’m an inconvenience to them. After Mildred died, they put me in a home and thought visiting once a month could make up for a lifetime of me providing for them. They cast me aside and waited for me to die. Even now, they want me gone. They want my money, and they want me to stop wasting their precious time. The only satisfaction—the only happiness—I get now, is from watching their disappointment as I continue to live. I used to be the life of the party, and now look at me.”

“That isn’t satisfaction, nor happiness. It is vindictiveness. Spitefulness.” The thing gestured at the gathered relatives. “I see so many souls trapped between worlds because they succumb to the darkness that licks at them from the shadows. There are worse things in this world than heaven and hell, and if you stay, you will learn of them. And you will wish you had come with me when I called.”

David hesitated. This world was the only one he had ever known. But it hadn’t been the same since Mildred had passed. Would she be waiting for him? Could he finally see her again? Hold her again?

“What’s waiting for me, in the beyond?” he asked.

“Well… let’s call it a new party. A better party. And I’m your chauffeur. But you must decide quickly. Three calls is all any soul gets, and once the storm passes, so does your ride.”

That explained why the rumbles were getting quieter. Why the lightning flashes were more distant. The storm was passing. His chance was passing.

“Simple.” The thing gestured down at the silvery thread, the one that tethered David to his failing body. “Just let go. Let it all go.”