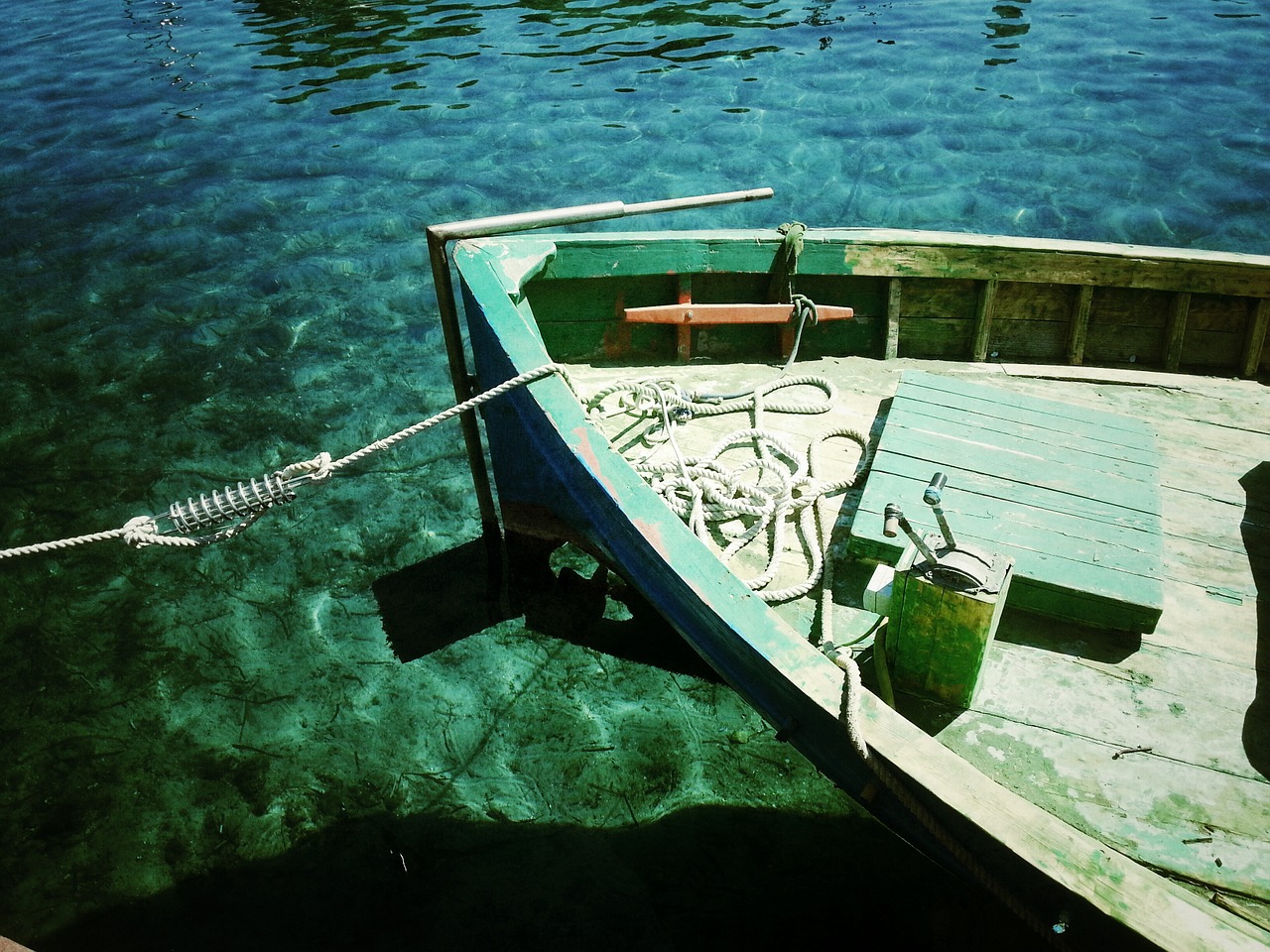 Pussycat lay draped over the side of the rowboat, her paw trailing listlessly in the water. Every few minutes a fish would swim up to examine the ripples, only to dart back to the safety of the depths when Pussycat took a swipe. She hadn’t caught anything yet, but she no longer expected to. These fish were very different to the sticklebacks she hunted in the stream back home.

In the back of the boat, Owl sat strumming his small guitar. Every so often he’d stop at the end of a phrase and repeat the bars he’d just played. His voice was mumble too quiet for Pussycat to discern his words; no doubt it was another ode to her beauty. That was pretty much all he sang, these days.

Another fish swam up to the boat. Another swipe of the paw. Another one that got away. Another repeated refrain from Owl.

“Will you stop playing that bloody thing?!” Pussycat hissed. “You’re scaring away all the fish.”

“I told you they were too fast to catch.” Owl slid his guitar beneath his seat and pulled out the picnic hamper. “These aren’t like the sticklebacks we get at home, you know.”

As Owl began carving up the hunk of honeyed ham, Pussycat sighed at the stars. This was not how she imagined her honeymoon. She was tired, hungry, smelled constantly of the bilge-water that found its way into the bottom of the boat, and to top off her list of complaints, the gold ring Owl had bought for her was turning to brass.

Owl appeared by her side and offered a plate containing a single slice of ham. “Here you go, my love. Eat up! It will improve your mood.”

Pussycat accepted the plate and devoured the ham, but the beast in her stomach still growled in complaint. “Don’t suppose there are any eggs to go with it?”

“I’m sorry, my love, but I had to throw them away yesterday; they’d turned quite green.”

“What about the mince and the slices of quince left over from our wedding feast?”

“You used the last of the mince for fishing, and we ran out of quince just before I cooked up the ham.” Owl bestowed a smile on his new wife. “I told you we should’ve brought more jars of honey.”

“Could you please just not talk for a while?” Pussycat sighed.

“Is something wrong, my love?”

Pussycat’s tail bristled, doubling in size. “Of course something’s wrong! Everything’s wrong!” She held up her wrist, showing off the gold-brass ring in the starlight. “The man who sold you this ring was a complete swine. And I bet that turkey-looking fellow who performed our ceremony wasn’t even ordained to marry us.”

“I told you he looked shifty. But you insisted on eloping! What was I to do?”

“You didn’t have to give him all our money, though. Right down to our last five pound note, too!” Not only was she starving and cold, she was now destitute. The proud owner of a brass ring and a boat that leaked. The boat had seemed a bargain at the time, but in hindsight, she should’ve walked away when she saw its name painted on its shallow hull. Who the hell called a boat Pea Green, anyway?

“It’s not all been bad, has it?” asked Owl. He sat on the bench beside her and took her paw in his wing. “We had our first dance by moonlight, with only the stars for company. How many people can say they did that?”

The dance was nice, she had to admit, but it didn’t make up for the cold. Or the hunger. Or the brass ring. Or the misery. “When we get back home, I’m planting roots.” She thumped the side of the boat. “And we’re selling this piece of crap.”

Owl smiled smugly. “I told you it wasn’t possible to circumnavigate the Earth in a rowboat.”

Pussycat snatched back her paw from his feathered grip. “I hate you,” she growled.

Inspiration for today’s Flash Fiction comes from Edward Lear’s poem, The Owl and the Pussy-cat (which you already totally knew… right? RIGHT?!) .

This is one of those times when I write one thing for two prompts and also sorta maybe just a little bit cheat my way through it. Yesterday, Jade M. Wong tagged me in a “write as much as you can in 10 minutes” challenge over on her blog. The prompt she gave was GREEN EGGS AND HAM. I didn’t get 10 uninterrupted minutes to do this, and it probably came to more like 15, but meh.

Chuck Wendig today set a “pick one of ten one-word titles and go nuts” flash fic challenge. I don’t know why I had Lear’s poem in my head when I read this prompt, but here we are.

According to Jade, I now need to tag at least 5 bloggers and offer a new prompt, but since I am That Indecisive Person who struggles to pick things (don’t ask my favourite food, colour, animal, etc) I’m just going to leave this open to anybody who would like to join in the fun. So, set a timer for 5 or 10 minutes and put something out there! Full rules on Jade’s page linked above, and your new prompt is…

*after agonising for 25 minutes due to aforementioned indecisiveness*